Julian is a British pianist and performs regularly throughout Europe and the UK.  Recent solo recitals have included performances of Beethoven’s Diabelli variations in Festivals in London, Cambridge, Munich, Paris, Switzerland and Vienna.

Performances in the 2019/20 season included Prokofiev’s 5th piano concerto with the Russian State Academy Symphony Orchestra, Howard Blake piano concerto and Brahms’ first piano concerto in the UK.  He gave the first Russian performance of the Concertino for piano and orchestra by Lucas Debargue in the Zaryadye Hall in Moscow in December 2018.

Over the past four years, Julian has studied piano with Rena Shereshevskaya at the Ėcole Normale de Musique in Paris, now supported by a scholarship from Patrick Masure. He is composer in residence with Ensemble Dynamique, sings with an a capella group, and is renowned as a chamber musician on piano, violin and viola. 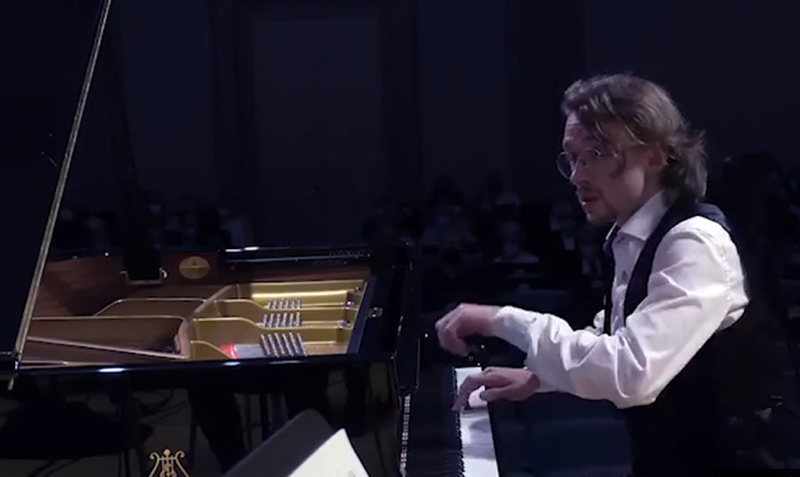